For most authors, writing is a solitary pursuit. There’s no one with whom you have to consult on names, plot ideas, character actions or motivations. There’s also no one to argue with your decision if you suddenly want to veer from the original story line. All of that changes when you decide to collaborate on a writing project.

I’ve heard some speak of some great collaborations, yet others have been left hurt, confused, and/or frustrated. For me, working with co-authors has been not only a positive experience, but also fruitful and deeply satisfying.

Why did it take a collaboration to bring three of my projects to fruition? Because I’m not an expert on musical composing, nor am I an expert in internet safety or police procedure. 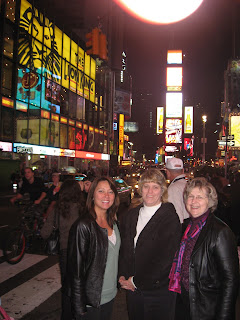 My first collaboration wasn’t with one, but two, co-creators. In 2005, I convinced two friends, Laura E. Williams, the author of the award-winning middle grades novel, Behind the Bedroom Wall, and Joan Burr, my dear friend and colleague in the middle school where we both taught for decades, (Wow! That makes us sound super old!) to write a full-length musical based on Laura’s book.

Laura and I mainly worked on the script – but Joan was involved in the brainstorming and planning. Usually what would happen is I would convert the chapter/scene of the book into script format, then Laura and I massaged it to make it flow. For the scenes that were added to the musical but not part of the book, the three of us brainstormed the scenes. Joan was the brains behind composing and she wrote most of the music for it and did all of the arrangements. Laura and I each contributed three songs, then the three of us collaborated on two or three songs, then Joan wrote the rest and pulled it all together into a a fully composed musical. MAGIC! 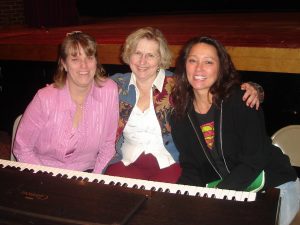 The musical was produced for eight audiences of 400+ attendees. (So more than 3200 people have hopefully enjoyed the show.) It was also backed by The Bushnell, the performing arts center in Hartford, who encouraged Connecticut Repertory Theater to workshop it using equity actors from New York City. It was a pretty exciting endeavor as the three of us were called into action to make some major revisions based on suggestions from the CRT director, Gary English.

So, here’s how we stayed in sync with one another: hours and hours of meetings after school in Joan’s music classroom, in our homes, in restaurants, over the phone, and then an utterly hilarious weekend writing retreat in the suite of a local hotel – not to mention the weeks we worked at the University of Connecticut campus in Storrs with Director Gary English, Mary Costello, a phenomenal stage manager, and the actors from NYC. We debated a lot, laughed a lot, but above all else, respected each other A LOT!

I’d love to do it all over again with Joan and Laura. The only hitch…Laura moved to Hawaii, I moved to the Finger Lakes of New York, and Joan is traveling the countryside visiting family and working on another successful musical collaboration with another musical friend, Nina Allbert. (Laura and I aren’t jealous – MUCH… haha!) Seriously, with today’s technology, I bet we could write another musical together. 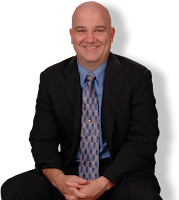 My other collaboration is with my co-author on two books, Scott Driscoll. After my first published novel, FINDING ATTICUS, came out, Scott approached me about collaborating on a book based on an idea he’d had for several years. As a police officer, DARE instructor, and owner of Internet Safety Concepts, his desire to educate kids and their families on the dangers lurking when using technology was inherent. At first, I was hesitant. As Scott declared right up front, he was an idea man, not a writer. That’s why he came to me. We sat and brainstormed what the collaboration could look like, and before he’d walked out of my classroom, we’d formed a new partnership.

This collaboration was very different. Scott was eager to learn the ins and outs of writing a book. Because of the format we chose for the book’s set-up, I wrote the fictional parts and he wrote the non-fiction, educational parts. We then worked together on the reinforcement activity at the end of each chapter. It took more than a year of meetings and brainstorming calls to pull the book together. I’ll never forget the excitement on his face when he first held a book with HIS name on the cover (along with mine, of course). Thus. our novel, www.RUinDanger.net was ready for others to read, an Scott’s dream of having his idea become a book and get published had become a reality. (By the way, he’s become a pretty darned good writer along the way, too! He’s starting to really grasp story structure, character development, and all those things authors need to understand.)

After that, I went back to writing books on my own. The next book out was OVER THE EDGE in 2014, but Scott was always in my ear asking when we could write another one together. (I guess that’s proof that the first experience wasn’t horrifying. 😉) For two or three years we bantered around ideas for plots that would incorporate his expertise and experiences doing undercover work in internet crimes against children into a story. While we bantered, I continued writing other books on my own. Then, right after BEFORE I KNEW came out in December of 2016, his wife, Bonnie, commented on my Facebook post about the book coming out and asked, “So, when are you and Scott going to write the next one together?” I responded, “He has a small window of time to catch me before an idea for one of my own books takes over again.

Scott seized on the opportunity. He saw the message, and texted me at 7:00 a.m. while I was making my breakfast and said, let’s talk. And, the rest, as they say, is history. It took us two years, and me writing and publishing another book in between, but now our latest collaboration is almost ready to meet the world. YOU CAN TRUST ME is nothing like my other stories, but that’s because I worked with Scott who introduced a whole new dimension of thinking to my world. (This book is realistic fiction, and we hope it will be a wake up call to families who dismiss the ease at which predators can get inside their lives and homes. Yes, it can happen to you!)

So, back to the decision to collaborate. How do you know if it’s going to work? To be honest, chances are you won’t know until you give it a try. First, you have to really, really like and respect the person with whom you’re considering forming a creative partnership. For me, I have to know them – WELL! Writing something together requires you to let a lot of walls down and get very personal at times. (Scott, and my husband, Jim, jokingly refer to me as Scott’s writing wife.) That’s because in addition to respect, you have to have a whole lot of trust in the other person.

That trust comes on many levels during the writing process, including agreeing on the story line, making sure the work is equally distributed, and the vision for the cover. It also includes the financial aspect of the project when it’s completed. How do you decide who pays for what? How will royalties be paid out? What will marketing look like?

This is a long missive to get around to my main point. Based on my experience, here are the characteristics necessary in all collaborators if it’s going to be a positive and productive experience.

Meanwhile, keep your eyes open for YOU CAN TRUST ME to come out within the next couple of months.

p.s. If you’re married and planning to take on a co-author, it also helps if your spouse understands that you’re going to spend a lot of necessary time with your co-author. There’s just no way around it. Thanks to Jim, Bonnie, and The Rog for understanding this. 💝

Posted in Uncategorized
← The Calm Before the…ReleaseSetting the Record Straight →