Are you sure you want to be a character in my book?

After Finding Atticus was published, one of my male students (I’ll call him “Zeke” to protect his identity) announced, with his chest puffed out, at the beginning of class one day, “Mrs. Adams, since you have a girl on the cover of your first book, now you should put me on the cover of the next book. I could be the protagonist.” (We’d been studying literary terms, so I guess he figured if he threw in one of those cherished words, it would charm me into writing him into my story line.)

Uh-huh…I thought it was a great idea. Although I have no connection to the model on the cover of Over the Edge, I certainly kept this young man’s suggestion in mind. In middle school, he was a pretty popular “cool” kid, with lots of friends. Girls turned their heads when he walked down the hall. He was athletic. He was a charmer. But he had one flaw that he didn’t know I knew about (besides his vanity) – he was a bully to his sister (she confided in me a few times) and he also put down those he saw as “not cool”. He was good material for a character, all right.

So, did he show up in my book?

Oh, yeah! Enter the writing of Over the Edge.

Zeke didn’t exactly get top billing in the book, though, because he didn’t qualify as a protagonist. So what role did he earn? The antagonist, of course. (Bet you saw THAT one coming!) When I was writing Brock Anderson, the bully, into my book, “Zeke” was the inspiration for the mental image that kept me going. Every time I had the protagonist, Dylan, “one up” the bully, Brock, I smiled and gave a mental high five to “Zeke’s” sister who had been bullied by him all those years. In the end, “Zeke” …errr, Brock..got his “comeuppance”. Because in my books, bullies don’t win.

Just for the record, others have played a positive inspirational role in my plots. In Finding Atticus, my husband’s Uncle Bud Hubbard was clearly the inspiration for “Mr. Hubbard”. Everyone loved Uncle Bud, and in the book, Mr. Hubbard was a lovable character. My Aunt Ida’s name showed up in the book, although I didn’t equate my young, vibrant real-life aunt as being the counterpart to littlle, spunky old lady Ida Parker in the nursing home in the book. (Whew, I hope that description keeps me out of the dog house with my aunt!) 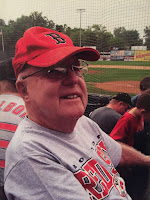 In the non-fiction book I wrote with Scott Driscoll, www.RUinDanger.net,  there were many “characters” from my past who had roles in the different chapters in that book. Even scenarios from my teen years were the impetus for situations and characters that we pointed out as “flawed”. (That’s a writer’s way of saying they were naughty people in real life, and I decided to make an example of them! Poetic justice right there, folks!)
So, let’s get back to my original question. Are you sure you want to be a character in one of my books? <insert evil laugh here> Maybe you already are and you just don’t realize it. Like most writers, I am constantly watching, listening, taking in, examining, analyzing and scrutinizing people (that’s a lot of “ing” going on, I know…), all so that my characters come across as real people.
Karen Jensen, a reader who left a review for Over the Edge on Amazon, had this to say about Dylan, the protagonist, and the rest of the characters:
“I kept hoping he’d (Dylan) do the right thing, because he’s a likeable guy, but there were times when it seemed impossible. Again, nothing came across as unrealistic; it was easy to envision every situation happening to real people who might live just down the street.”
Why, thank you, Karen. You managed to reveal my well-kept secret. If any of you read my books and something or someone seems vaguely familiar to you, just remember the disclaimer at the front of each book:
This is a work of fiction. All of the characters, names, incidents, organizations, and dialogue in this novel are the products of the author’s imagination or are used fictitiously.
In other words, “if the shoe fits”, don’t try and sue me for defamation of character. The character may look, sound and act like you, but you’ll never know if it really IS you.
Go ahead…read the books and find yourself – um, I mean – lose yourself in the pages. And think long and hard before you ask an author to create a character based on you. You may get more than you bargained for.
Posted in Uncategorized
← Book Marketing ConundrumThe Art of Writing Realistic Young Adult Fiction in a Dystopian-driven World →